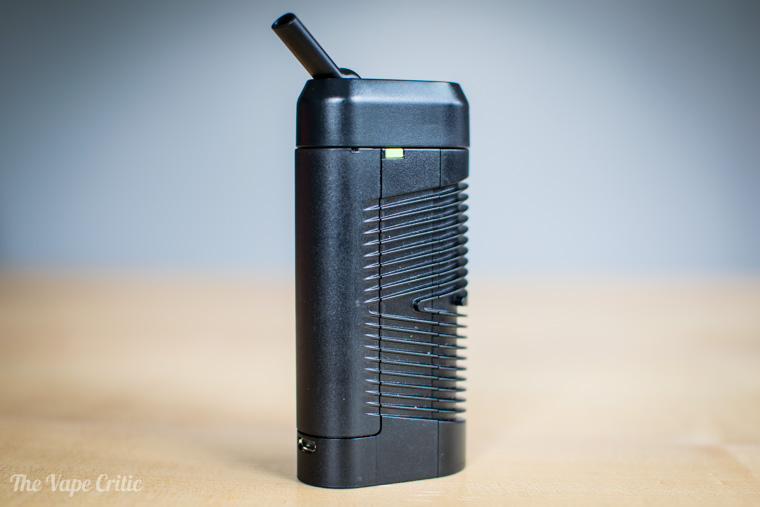 What’s up! This one is the Vivant Alternate vaporizer for dry herb, and it also works with concentrates. It’s inexpensive, only $130 bucks right now. Watch my full video review above for everything you need to know about this one (~8 mins).

It’s not a very elegant vape, it feels a little plasticky, but it’s not bad for the price, I think it’s a pretty good value. It’s a comfortable size, shape, and weight. It’s you know, kind of modeled after the Crafty like many vapes seem to be, but it actually has a few important differences, a few things that make it unique.

So, first of all it’s cheaper because of the differences in materials, that’s one of the reasons. So, the wall of the herb chamber is aluminum, it’s not stainless steel. The air path is a PEEK polymer plastic. It’s common in a lot of vapes – it’s a high temperature resistant, chemical resistant plastic.

The bowl size is actually a little small, it’s a little below average. It’s like ~0.2g-0.25g. So, smaller than the Crafty. It’s enough for what I would say is about 10 draws. So one of the big main differences or unique features of the Alternate is the removable 18650 battery that it’s powered by.

I’ve been getting about 35 to 50 minutes of actual usage from each battery charge. So with a vape like this it’s kind of cool because you can get an external battery charger and get a few 18650’s and then you always have power, and that is one nice difference from the Crafty for instance because with the Crafty it’s got the internal battery with micro usb charging only, takes two hours to fully charge, kind of a big disadvantage.

Now it does have an auto shut off timer but you can adjust it which is cool. You can adjust it from one to five minutes, and the vaporizer is going to shut the heat off. It’s one of those vapes that when you first turn it on by clicking it five times, the power button, it’s sort of like in standby mode. So you play with the screen, change the temperature, change the shutoff timer, things like that. 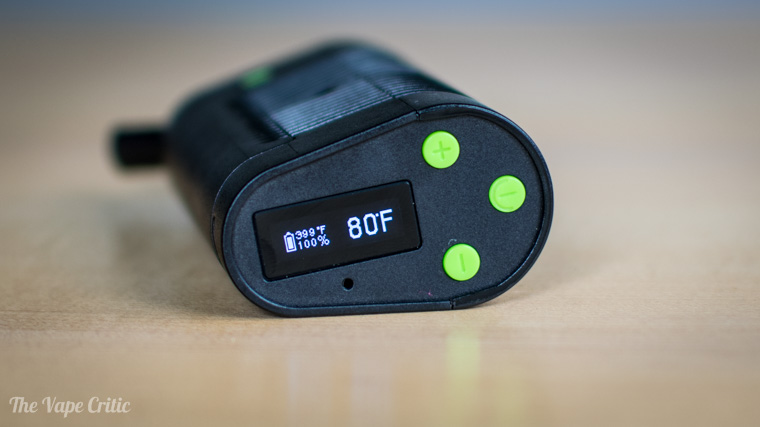 Then to turn the heat on you hold down the power button for two seconds. So, the LCD display on the bottom is another difference from the Crafty. You can adjust this one in one degree increments which is cool. I use it around 375 Usually they give you a loading tool to help you load it. Easier and keep it clean earn whatever. It’s slightly bulky but it works. If you want maximum vapor production I do as usual recommend grinding pretty fine packing it pretty tight. Now on the subject of packing it tight right the stock screen comes in the top part cooling unit or the mouthpiece part. I wasn’t really too thrilled with it. It was a small screen. I didn’t really like fit extremely well and most importantly it didn’t bulge out at all it was completely flat. What I don’t like about that is that it didn’t put any pressure at all on my herb. When I closed the cooling unit. So I did a little more to the screen than I actually did the same exact made to the Crafty because the Crafty has the same issue in my mind comes with a flat screen up here.

Also I just basically took out the stock screen and put in one that’s slightly bigger. And bulged it out a little bit so that now when I close it kind of very slightly tamps down there. Now in my opinion this will maximize vapor production and sort of boost the performance because what you’re doing is increasing the conduction effect a little bit. It’s pretty much a mainly convection vape and produces hot air when you inhale hot air is what vaporizes here. But since the oven is metal it’s going to retain some heat. And if you pack it kind of tight like I do some of that heat will radiate through. It’ll do a conduction effect in addition to the convection. So you’ll get a nice hybrid effect and it works well. You can get a lot of vapor clouds as you can see from my session clips. The taste is pretty decent. You know it doesn’t have the highest quality materials in the path but doesn’t taste plasticky really. It was actually kind of impressed with that. And then the smoothness of the vapor or how comfortable it is that’s also pretty good. Not really any complaints in that department especially for a vape in this price here. 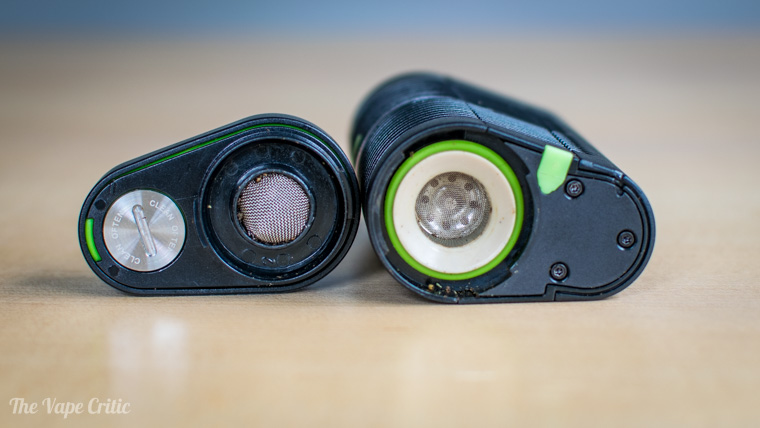 Now the last thing about the Alternate that differs from the Crafty that is really cool in my opinion is this extra tab on the front here. Crafty doesn’t have this right now. What this thing does is you can adjust it up or down and it opens and closes an extra air intake hole that goes into the vapor path. So when you have it completely closed that’s like what the Crafty feels like for example.

Pretty average draw resistance. You know it’ll depend on how tightly it’s packed but it’s not bad. Not completely free flowing but not bad. But if you open this thing up, and you don’t even have to open it all the way you can open it halfway, but I like to open it all the way, it really makes it a free-flowing pull. I really enjoy it. I like it. I kind of wish the Crafty had it too. If you want to do concentrates in it they give you a little liquid pad like a few other vapes do. And it works ok. It’s not the main purpose of this vape but it’s a cool side functionality. 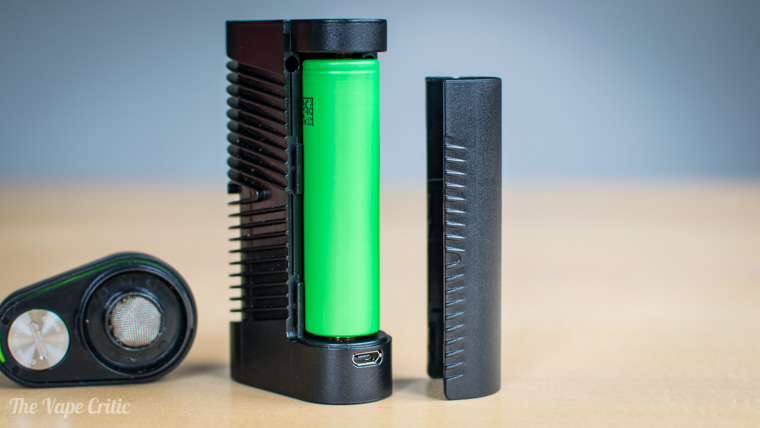 Maintenance isn’t too bad. It’s basically all going to be in this top piece that you take off. The oven will remain clean and you won’t really have to do much if you empty it and give it a light cleaning or brush it out after your session. The top part you’ll also want to brush it off. But you can actually open it up and get inside and clean the whole cooling unit top piece, just soak it in ISO for a little while and shake it up, it should pretty much get like new.

The last thing I like about it is that you can upgrade the firmware on it yourself. I actually had to do that because when I got mine a few months ago the auto shut off timer was one minute only and I couldn’t change it. That’s pretty short, it’s very short. So then they came out with a firmware upgrade that I was able to do by downloading their software and connecting the cable to my computer. And then after I did that now it lets me adjust the shut off timer from anywhere from one to five minutes. 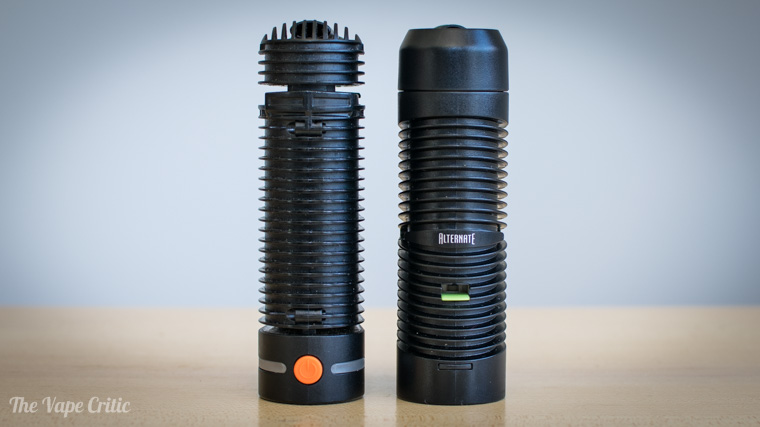 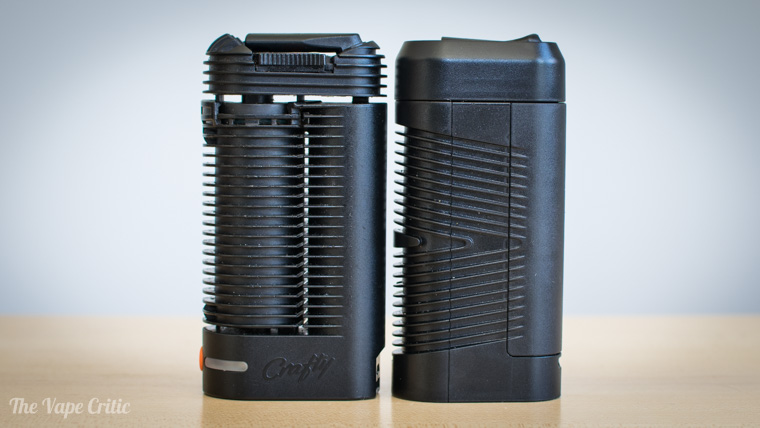 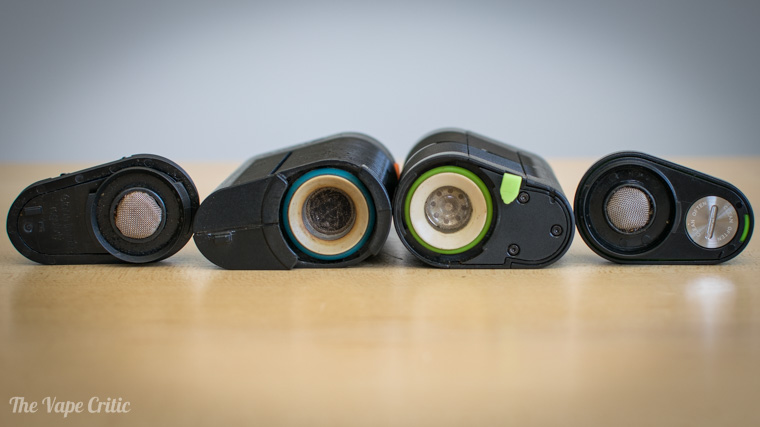 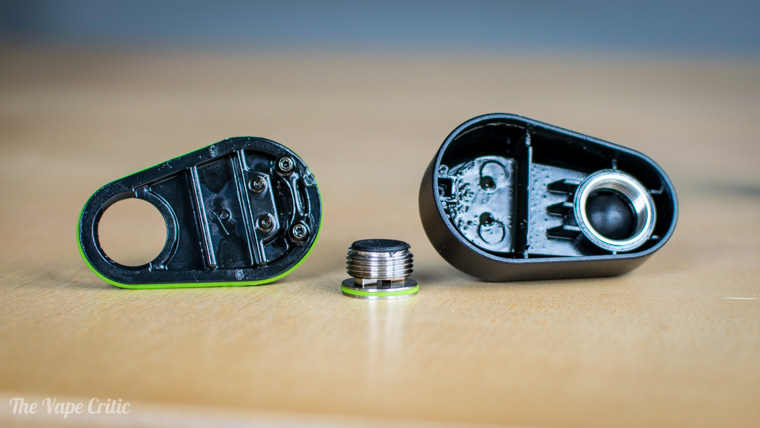 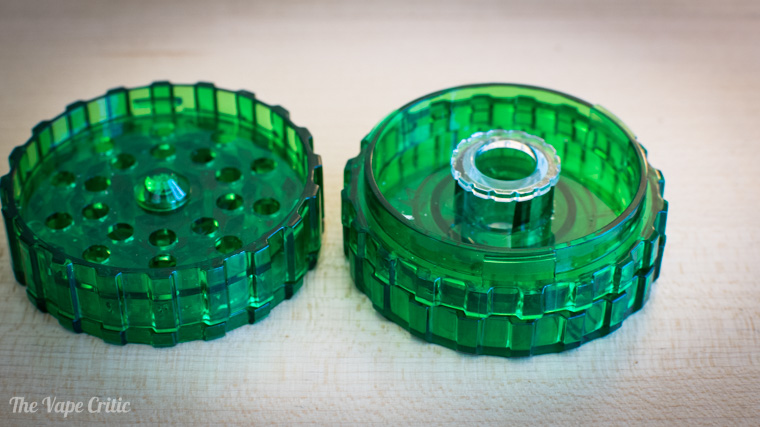